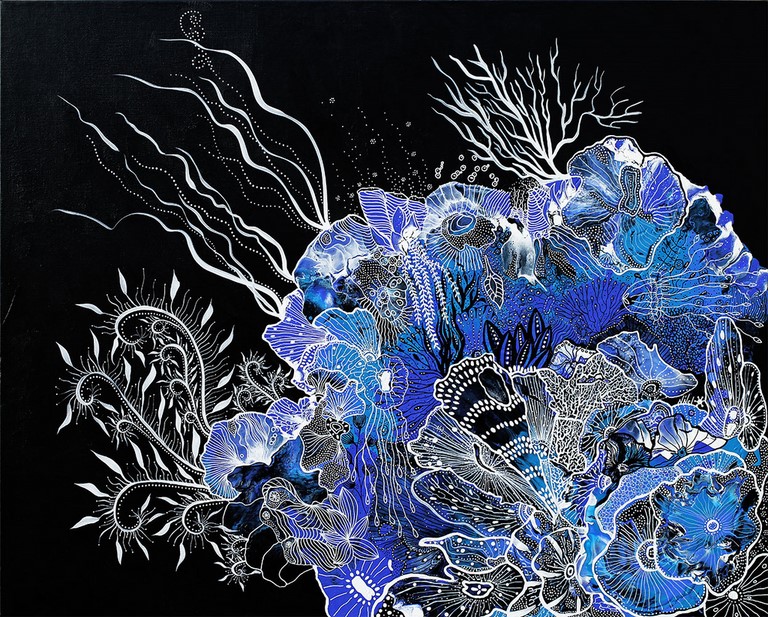 "Have Fun with my Melting Pot Artworks..."

What do you know about Ukiyo-e ?
Ukiyo-e is a genre of art that flourished in Japan during the Edo period from the 17th through 19th centuries. Although woodblock prints were common at that time, actual paintings done by famous artists were very expensive. Woodblock printings made the luxury of art affordable for many ordinary people.
Ukiyo-e, which literally means "pictures of the floating world" was a kind of pop culture. Its artists produced paintings and woodblock prints as such subjects as female beauties, kabuki actors and sumo wrestlers. Its bold and exaggerated styles are very vivid and powerful. it's safe to say that Ukiyo-e culture and its style have influenced Manga which have become Japan's most recognized form of pop culture today.

Kaigetsudo Ando founded Kaigetsudo school around 1700-1714, in which Ando and his followers produced a stereotyped female image focusing on the beauty and grace of the women in poses.

The style of the school is distinguished by its use of thick lines, elaborate and often brilliantly colorful, patterns on the courtesan's kimono. These were new, innovative and quite distinctive. These were truly images of the latest fashion.

As an artist, I choose to work on these patterns because I think this style from the 18th century is fresh and modern. I like the clear shapes and the uncluttered style of the drawing.

"I want to pay tribute to these early designers, to showcase their creation, to breathe new life into them in a joyful way with light, colors and sculptural reliefs." 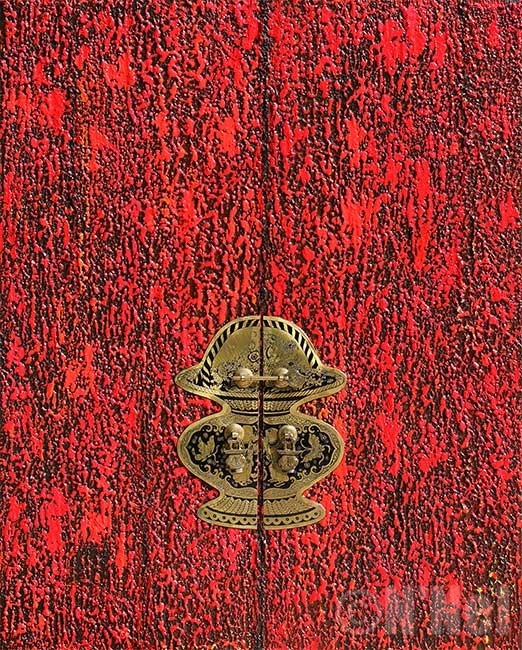 Doors are the mirrors of the world. In Singapore, I have been utterly charmed by the raking light and shadows playing on temple doors in the early morning sunlight. I still feel the same emotion from the impact of the colour and texture of the doors. It appeals to me just as much when they are smooth and shiny as when they are cracked and grainy.

Doors tell us their stories, and yet, guarding their secrets closely, remain mysterious.

"Steeped in history, shrouded in mystery..." 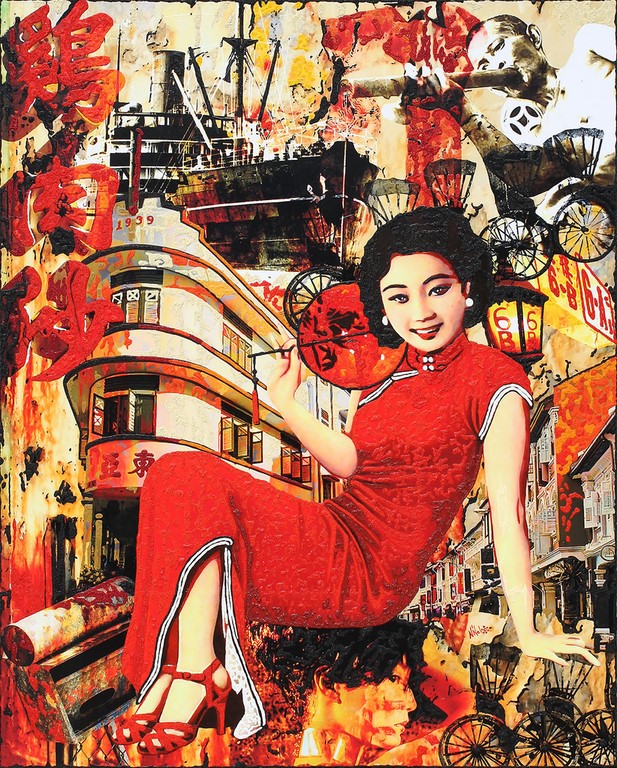 I was touched by these pre-war women, these pioneers with short hair and accentuated beauty. In the modernist atmosphere of the era, the advertising posters portray them as both independant and sexy ; they are simply beautiful. I pursue my quest for traces of the past in the major metropolises of East Asia, cities which inspired dreams of the belle époque with their stylish, liberated women, which once again inspire dreams with their modern casinos, towers and neon lights.